Black Coffee: Pieces Of Him… 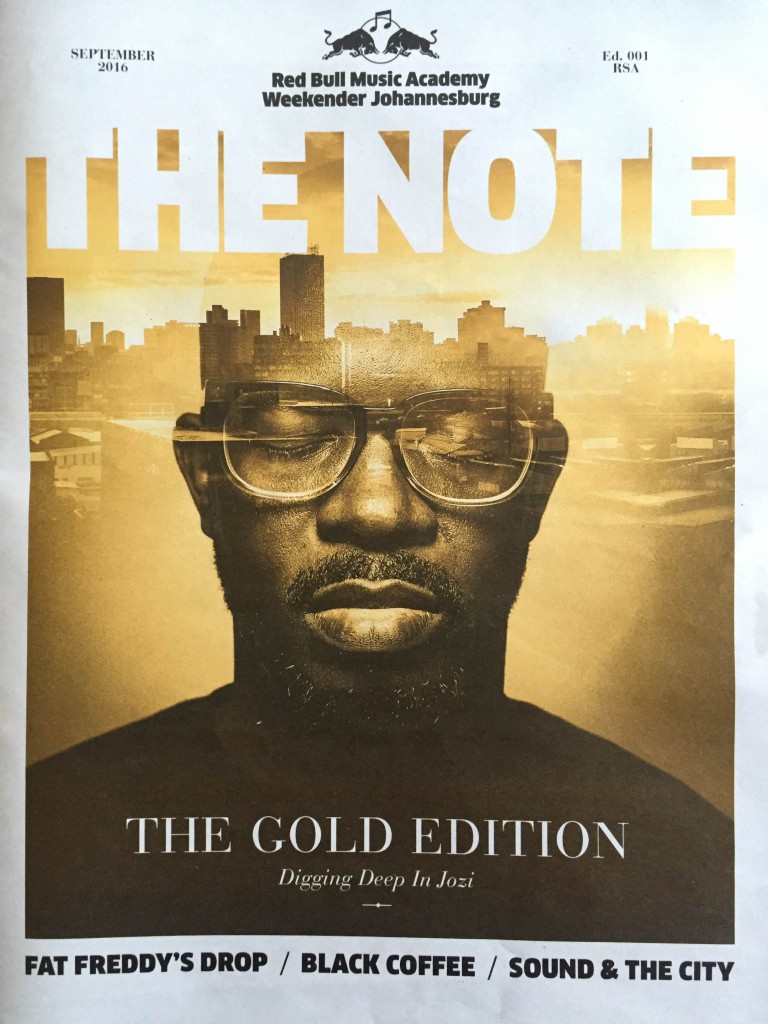 The South African music icon takes a break from his world tour to chat about music as science, coming from a place of purity, and being African without trying too hard. By Hagen Engler

With us now so interconnected, are there still identifiable “sounds” in particular cities? Or is that a rarity?

Of course. Especially in places like Berlin. That city has a very distinctive techno sound sometimes. New York have their four-on-the-floor sound… But you’re right, there is already a lot of cross-pollination. You can easily hear a South African house track in a New York club these days.

At the same time, is there an identifiable sound that you can link to an era or a point in time – perhaps because of recording technology?

Sometimes, yes. But with the most beautiful songs, you can’t tell when they were made. They’re timeless. Everyone wants to make a song like that. Other times, tech fails us. You produce a song, and everyone says it’s ahead of its time, but a few years later, it sounds very much of its time. Suddenly not so futuristic.

If you had to distil it right down, what is the fundamental aspect that makes humans respond to music?

Music is science, man. It reacts with our bodies, our minds, our memories and our feelings. Like when I made We Dance Again, I played it to people, and I got mixed reactions. But I knew, this track will communicate with people’s feelings. Music awakens things in our bodies, both positively and negatively. I might hear a great song, but if it reminds me of a negative time in my life, it’ll put me in a bad mood. Science!

We can also use that science for good, though…

Oh, no doubt! A woman who worked at a hospital in New York once contacted me. She was involved with rehabilitating people who had been injured in accidents. They were using music to encourage physical recovery in patients. As it happened, I was busy reading a book called Musicophilia, which is about the same thing. It turned out out she worked with Oliver Sacks, who wrote the book! It’s about the intersection of music and neurology. And here they were using Black Coffee’s music in their programme! At the same time I was reading the book about what they were doing!

As you’ve gained more global recognition, have you found you start to think of your music in a different way?

Yes, I’ve changed the way I approach music. I used to overproduce. I’d put too many drums on my tracks. I used to use, like five heads. Now I’m thinking less is more. I want to use just two heads. It’s a simpler way to make music but it’s actually more difficult at the same time.

Do you feel you play a particularly African style of music? Do people overseas respond to it as African?

From the beginning, I didn’t want to be typecast as an African artist. I didn’t want any of my media to feature djembe drums or spears, or skins. You know? I wanted to be part of the global scene, and now I am. I’m African, so that African sound will always come out of me naturally. But that doesn’t mean I have to show up in a dashiki! It’s a myth that Africans need to use African chants to find the international market. I’m in Greece at the moment and I’m touring all over. Over here I have people show up to see this guy Black Coffee and they have no idea what I look like. I start my set and they’re still waiting for me! Then they hear the music and they’re, like, “Oh wait, this is him!”

When you take your type of house music back to the roots of the style back in Chicago and New York, how does it go down?

It goes down well. I’m now good friends with DJs like Louie Vega from New York, and Chicago guys like Mike Dunn and Terry Hunter. Mike even drops some SA songs in his sets. The last time I played with Terry… we were at a festival together, and he wanted to exchange records. He wanted to swap me this classic original Chicago house vinyl. I wanted it, I just didn’t know how I would work it into my sets! But yeah, I’m good with the Chicago guys.

Where are you based these days? Are you due back in Joburg soon?

I’ve been living in LA recently. But I’ll be moving back to Joburg soon. I can’t wait. These days Durban music is also really strong, but Joburg will always surprise you. Because Joburg people aren’t really from Joburg. We’re all there from somewhere else, come to search for gold!

What’s been your guiding philosophy during your career?

My philosophy has always been to approach life from a good place. I come at everything I do from a place of purity. It seems to have worked so far!