Deep Fried Man went down in fucking flames of technical-glitch hellfire on Wednesday night. But ay, it was fun to watch!

The Deep Fried Man Kills show had a whiff of doom from the outset, coming as it did at the end of voting day. At 8pm on election day, people were more likely to be voting, or getting pissed at a braai than in the mood for challenging musical satire.

People pitch, though, and opening act Loyiso Madinga kicks things off perfectly with an empathetic take on the white paranoia of speaking no vernac: “People are always talking in a language you don’t understand!” he reminds the predominantly white audience.

On to the main event – Deep Fried Man Kills.

Deep Fried Man, aka Daniel Friedman, is part of that satirical comedy powerhouse LNN. You know, the guy with the guitar doing the funny songs at the end. Not Tats Nkonzo. The Jewish guy with the hat.

Since struggling journo and part-time folk muso Daniel Friedman decided to abandon serious, singer-songwriter-y material and focus on his satirical comedy songs in the late 2000s, he hasn’t looked back.

He’s won a fistful of awards, but besides industry recognition, Deep Fried Man has also won the support and admiration of the viewing and show-going public. People actually, genuinely like Deep Fried Man. He leavens his blistering intelligence with just enough self-deprecation to get us all on his side. 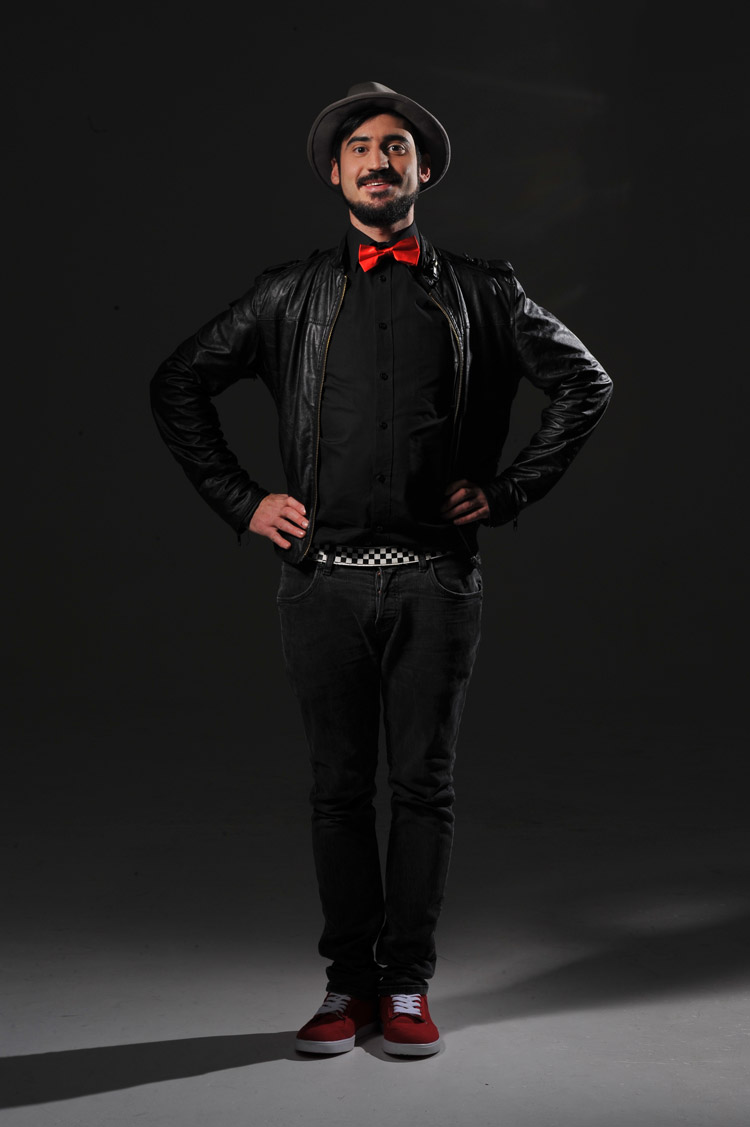 Deep Fried works in that sweet spot where we can laugh at his comedic genius without quietly hating him for being cleverer than us. But make no mistake, he is a comedic genius!

The show features great pastiches of popular tunes with retooled, topical lyrics. There’s Crime After Crime to the tune of Cyndi Lauper’s Time After Time, a localised 99 Problems and Has Anybody Seen The Plane, about the defiantly still-vanished flight MH370.

There are also some originals. White Genocide, Fuck Fucking Cape Town and the one about making more coloured people are all instant classics. These alone have a laughs-per-minute rate way beyond your usual stand-up.

What also sets Deep Fried Man apart is his courage and his work ethic. He challenges himself, constantly writing new material, performing it and casting it aside once its fortnight of relevance expires. He invites the audience to suggest genres and topics for a song, which he then writes on the spot. It ends up being a country song about Star Wars, featuring a hedgehog. And he still gets laughs!

He even puts the guitar down and takes on some hip-hop styles. There’s the aforementioned Jay-Z rip-off, his MC No-Rhyme alter-ego and something about Ukraine, which looked like it was also shaping to be a rap song.

That it’s a fuck-up is instructive. It shows our man is unafraid to test himself with new genres and new technology. It was supposed to be an audio-visual parody tour de force.

DFM could play topical, satirical pastiche on acoustic guitar until the cows come home, but that would be too easy. So he takes us on a journey into the uncharted outer reaches of musical satire instead. It’s comedy tunes without a safety net.

But this is when his experience, showmanship and general, nice-oke likeability come into play. When his technical trapeze fails – the backtrack won’t play – Deep Fried Man is able to stop the show, call the sound guy over, try again, fail again, then dust himself off, make a joke at his own expense and carry on.

It’s done in the spirit of artistic exploration and we come out of it with no inordinate awkwardness, because the rest of the material is consistently on point.

Deep Fried Man is from the same music/comedy/pastiche tradition Adam Sandler has worked in, but an often overlooked stylistic ancestor is Afrikaans music icon Koos Kombuis – patron saint of Oppikoppi.

In the forgotten days of the 1980s Voëlvry tour, when the foundations of modern Afrikaans rock were being laid, Koos was the king of musical parody. He was a novelist/poet who could barely play guitar. But every night, while on tour with Johannes Kerkorrel and Bernoldus Niemand, Koos would go on stage and freestyle comedic, topical lyrics over some chords by Bob Marley, Abba or Sonja Herholdt.

Koos became an inspirational songwriter, but remained in the rock music tradition. Deep Fried Man, blessed with similar talents, has chosen to join the comedy subculture. This says a lot about the demise of rock as a voice of the youth and viable career choice.

Deep Fried Man is no dummy. He’s hitched his talents to the style du jour and mastered it. Sure, he’s always doing music, but Deep Fried is simply one of the best comedians in SA. He’s also an insightful voice of social comment right up there with Chester Missing, Loyiso Gola and Vlismas.

By the time the show ends, Deep Fried Man stands at the end of the stage in an EFF beret, extemporising on the Ukrainian political situation. “I should be a political analyst,” he muses – a dig at his dad; analyst Steven Friedman.

But as we filter out into the foyer, I can’t help musing, “Oh, but you are, Deep Fried Man. You are a political analyst. Just a bloody funny one. With a guitar.”

This piece first appeared in Mahala