Travels with my ballbag

I would’ve inspected myself for lumps, but my right ball was too painful too touch. It was pretty obvious that I was dying of testicular cancer.

I reported to my doctor on the Monday and gave him the bad news. He wasn’t quite so sure. “It’s probably epididymitis,” he yawned, before giving my delicate bollock a squeeze and confirming it.

Just another day when I thought I was going to die. Another day in the life of a person preparing for the Comrades marathon. Yusses, boet. You know how they say ultra-marathons aren’t good for you? Well they not lying. 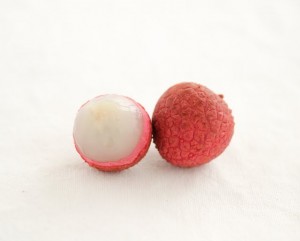 When I started training this year for my second Comrades marathon, I was ready for shin splints, back pain, torn muscles, plantar fasciaitis, joint pains and transcendental levels of chafe. But what I was completely unprepared for was the toll the running would take on my ballbag.

They call this condition epididymitis and it’s an inflammation of the epididymis, the reservoir at the back of the testicle, in which sperm is stored. The epididymis is linked to the deferent tubes, the cables that link one’s bollocks to the penis proper.

How does that apply to ultra-distance running? Well think about it. In training, you’re running two, three, four hours with your testicles bouncing up and down inside your ballbag the entire way like a couple of fleshy karaoke prompts. By the time you run the race itself, you could be doing that for 12 hours! Twelve hours, where your two lychee-sized scrotum globes, suspended on their tiny sperm wires, are being bounced up and down repeatedly all morning and afternoon.

Your traditional nylon running shorts, besides being shorter than something Corne and Twakkie might wear on Eighties-tribute night, also contain a nylon gauze lining, which is supposed to support your undercarriage. In my case, this is simply not good enough.

This year, the early part of my training went as well as can be expected, but my first marathon of the season was where the problems started. (The Comrades is in early June, and most runners spend the first half of the year in training, the second half drinking beer.)

Anyway, I came out of that first training marathon feeling like a rabid weasel had been gnawing on my right gonad all morning. I could barely walk, and by the time I got home from Pretoria, it was all I could do to lie spreadeagled on the couch with my legs akimbo like someone about to have their piles taken care of – all the while becoming more and more convinced that I was dying of ballbag AIDS.

Luckily – and hallelujah to you, Dr Du Plessis – my doc was able to put my mind at rest, and prescribe some meds that had me pretty much sorted within a week.

But for the next time out on the road, I would require a lot more crotch support. So for my illustrious return, I donned my cotton under-rods beneath my running shorts. I got through the magnificent downtown Nike #runjozi 10km race without damaging my testicles, but here’s the thing: nylon doesn’t give you a rash; cotton does.

So by the end of my sprint through downtown Jozi, I had given myself the worst penis chafe you can imagine. The end of my helmet was rubbed raw! I tell you, it looked like I’d been using my eleventh digit as brake shoes on a go-kart.

As any man will tell you, this is quite serious. One’s helmet is, how shall we say, the business end of the penis. You don’t want to be grinding that thing too hard. But I had to keep running. I’ve committed to running the Comrades. I’ve gotta have extra support for my ballbag, but not at the expense of my helmet.

So on my next run, I stuck a plaster over the end of my penis, right where the friction burns were occurring. This was a masterstroke, and I completed a massive, four-hour training run without incident.

Well, until I had my first visit to the men’s room upon my return. Having taped my pee-hole shut and then completely forgotten about it, I was in for quite a surprise. A little jaded from the run, I stumbled off to the toilet, relaxed my bladder valve and proceeded to experience a full-body pain-gasm, during which the stream of urine backed up all the way from the tip of my penis, through my bladder and into the kidneys. It felt like a Russian hotel maid was cleaning my pipes with a toilet brush!

So look, my genitals present a rather beleaguered prospect at the moment. Suffice to say I’m not going to be doing any crotch modelling soon.

But I might just about be able to give a decent account of myself in the Comrades come June 3. Wish us luck. Me, and my ballbag.