Things I learnt about white guys by marrying a black girl 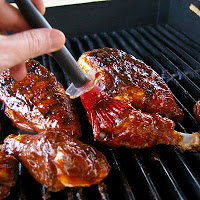 There I was thinking I was the Derek Hanekom of Saxonwold Extension. Turns out I’m exactly as white as I look, and no closer to transforming myself into an honorary black person than when I was a sandboy at Boet Erasmus in the Eighties. But marrying my lovely black wife did give me some interesting insights into the white man’s condition, as gleaned from the wisdom of her gimlet eye. As a a final and ultimate follow-up to Marrying Black Girls For Guys Who Aren’t Black, here are some sweeping generalisations about white guys…

The problem is, we’ve been learning it for ten years and all we can really do in vernac is buy weed and ask bhuti to fill up our car with 93. Probably at the same place. On the reverse side, her family speaks English, but no more than necessary. There certainly won’t be any family squabbles with the white dude, because no one can be bothered to speak that much English.

…or “white people’s prices”. Us white people get ripped off everywhere we go. Because if we see a price on something, we just pay it. That counts for everything from haircuts to buying Persian carpets to getting weed at the petrol station. When it comes to bribing traffic cops, black people get away with twenty bucks. White guys, it’s two hundred. Entry level!

Cucumber salad, soya tacos, baked eggplant with rice in it… It is a worry. At a black people’s umsebenzi, you’ll be given a plate full of meat with two lettuce leaves and a quarter of a tomato. It’s like white people want to turn every meal into a salad! For black people, it also appears to be deemed a waste of resources not to chew your bones into pink mush and leave them on a little pile on the side.

Except me, of course. I’m the only white oke on the planet who can dance like Zakes Bantwini. But somehow, bring me to a black wedding and I’ll stumble onto the dancefloor the minute people start doing the bus, lose my place, start going against the flow and wreck the whole bus.

White people are having it!

Even the middle class ones are rich. More than the richest black diamond. The first time you bring your wife to your parents’ house, she’ll almost be offended at the opulence. It’ll be all she can do to stop herself from starting a toyi-toyi and demanding her land back. And meanwhile you’re like, “This old place? Opulent?”

No one loves their kids like white parents do. If a white dude decides to run for body corporate, his mom will rally her whole golf club behind him, start a “Friends of Keegan” Facebook campaign, pay for posters and tell everyone he’s the next president. It’s the same with young white kids. They all get taken dead serious, even if they are four years old. If a black child speaks during a grown-up conversation, he gets a klap upside the head and told to fetch tea.

You can tell how rich a white guy is because he can get away with dressing down. A white dude won’t look poor, even in rugby shorts, flip-flops and a T-shirt he got for free. In fact, the downer they’re dressed, the surer you can be that they’re stinking affluent, live at the Michelangelo and drive a bulletproof Merc.

Most white guys feel no need to front

Despite all our piles of riches, and our platinum bog brushes, a lot of us white guys are embarrassed to show it off. There’s little inclination to floss that shit. A guy on a million bucks a year can quite easily choose to drive a Toyota Corolla. He’ll probably pay that thing off in six months and then start settling his home loan.

Even the ugly ones are handsome

If a black woman starts going out with a white guy, no one seems to look at him properly. Even if her man looks like Happy Sindane, if he can pass for white, her aunts will halala like she’s hooked up with RJ Benjamin. “Yuh! Ujola nomlungu!” Her dad will still be asking for bottles of lobola whisky four years after the wedding.

We all want to be Johnny Clegg

We’re all on a quest to find our inner African. Bring us to a Xhosa clan function and we’ll willingly don a bead headband, smear imbola all over our face and force down six tots of brandy, as long as you tell us, “it is part of our custom”.

We all vote DA

Sure, you will never catch us wearing a DA T-shirt. But Helen and the guys didn’t get 19% of the vote without every single white person on the roll dutifully ticking the blue box. It’s got something to do with potholes and Cape Town.

We do get props here. White okes can braai a chop. We will lovingly monitor every minute that our meat spends on the grill, poking and flipping those suckers like precious, meaty little playing cards in a game of braaivleis solitaire. Black guys will burn the chicken black as a brake pad and declare it ready.
So ladies, you feel inclined to sample the joys of the piglet (the other white meat)? Prepare yourself for delicious but scruffy braais at your mother-in-law’s palace, people dancing to Johnny Clegg like they are cutting a hedge, and a large side salad to go with that.

Comrade Baby And The Gateway To Hell