Once upon a once-off opportunity at the Boardwalk amphitheatre

You may have heard of Robin Auld. Maybe you haven’t. But when I was growing up, he was the closest thing to a rock superstar we had in South Africa. After Johnny Clegg of course.
But Robin was a surfer, he was English, he had long hair and the girls loved him. So we checked him out and we took notes. First note: grow your hair long when you leave school. Girls dig it.
Of course, what looked cool on Mr Auld made us look like vagrants. And girls don’t dig vagrants so much.
But they did dig All Of Woman and Baby You’ve Been Good To Me! Turns out talent and creativity are the real aphrodisiacs.
So, eventually, many years later, me and some guys from the scene, we put a band together and began playing. We actually played before we practised, which was a bit rich, but we got better.
After two years of play and practice, we became “alright”, which qualified us to play a support gig at the venerable Boardwalk Amphitheatre on the PE beachfront. Supporting who? Robin Auld!
After 12 years or something, I was sharing a stage with my childhood idol. We were going to play together. Oh, perhaps he’d even like one of our songs and ask us to come up and jam on Charly Go Crazy or something!
So the appointed evening arrives and our band is on fire. We play about our killingest set yet, including an especially power version of Riders.
I’ve got my sexy new jeans on, and it ends up being our last show with Richard, the keyboard player. Maybe as good a show as we ever played.
After our set, we head down to the green room below the stage. Robin Auld and his band are there, unpacking their gear.
“Er, Robin,” I cough, and introduce myself. “Did you check our set?”
“No. Do you play?” he asks.
“Ja, of course. We opened for you.”
“Oh, right,” he responds. “Didn’t know that. We just managed to make it in time. Had to come in from J-Bay.”
And with that, he skips up the stairs to do sound check. Him and his band delivered one of the tightest, most skilful rock performances I’ve seen. Sadly the invite to come jam on the final song never comes.
We had to pack the gear in the car, so I missed the last song anyway.
Would’ve been nice to chat, but ja. I decided to just email him. There would be a next time.
That next time came this weekend. Robin Auld came to play Die Blou Hond in Joburg. He was solo, and I’m just strumming in my lounge a bit these days. The time for a duet had passed.
We had a nice chat at the bar after his show, though. He’s less of a rock icon these days. More a lekker ou with some great songs.
It was ten years since we’d last met, at that show at the Boardwalk. 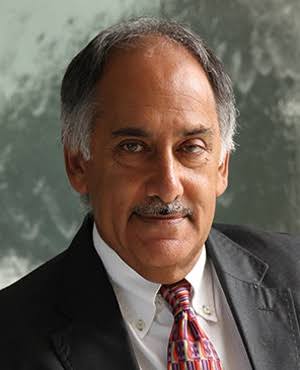